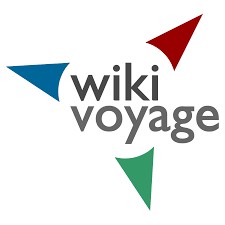 Wikivoyage is a free web-based travel guide for travel destinations and travel topics written by volunteer authors. It is a sister project of Wikipedia and supported and hosted by the same non-profit Wikimedia Foundation. Wikivoyage has been called the “Wikipedia of travel guides”.

The project was started when editors at the German and then Italian versions of Wikitravel decided in September 2006 to move their editing activities and then current content to a new site, in accordance with the site license, a procedure known as “forking”. The resulting site went live as “Wikivoyage” on December 10, 2006 and was owned and operated by a German association set up for that purpose, Wikivoyage e.V. (which continues to be its representative association). Content was published under the copyleft license Creative Commons Attribution-ShareAlike.

In 2012, following a lengthy history of dissatisfaction with their existing host,the English-language version community of Wikitravel also decided as a community to fork their project. In a two-way move, the English Wikitravel community re-merged with Wikivoyage under the Wikivoyage brand, and also all Wikivoyage language versions moved their operations to be hosted by the Wikimedia Foundation (WMF), a non-profit organization hosting several of the world’s largest wiki-based communities such as Wikipedia.Following agreements by the various communities involved and the Wikimedia Foundation, the site was moved to the WMF servers in December 2012 and the whole of Wikivoyage was officially re-launched as a Wikimedia project on January 15, 2013, the day of the 12th anniversary of Wikipedia’s launch.

Other items listed by AfritradaService