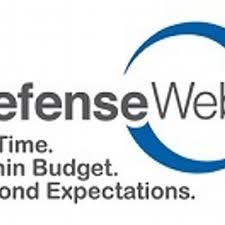 defenseWeb Africa was established in September 2008. DefenceWeb is the premier online African defence and security news publication, keeping readers up to date with current and emerging defence, security and military technology affairs in Africa.

defenceWeb offers professionals, specialists interested in defence matters in Africa, media and the general public a consolidated source for news, information, research and insight. Our focus audience is the key opinion former and decision maker in the military, defence industry, Cabinet, officialdom, academia and the media. For companies, defenceWeb provides a visible platform from which to access Africa’s defence and security market.

defenceWeb had an Effective Measure-audited readership of 113 000 in July 2014, with about half of this number in South Africa. defenceWeb also has significant audiences elsewhere in Africa, in Europe and North America, with readership in 170 countries. Our traffic has been growing at an impressive rate year on year, ensuring the website remains Africa’s key defence information source.

Our products include daily defence and security news on our website; a daily no-cost newsletter delivered to your inbox; and Android and Apple apps for handheld devices and tablets – the industry’s first totally free defence news application for iPhone, iPad and Android.

We are part of the ITWeb family.

A graduate of Rhodes University with a Bachelor of Journalism, Guy Martin has been writing in the field of defence, with a focus on military aviation, since 2004. Guy has been published in over a dozen aviation and defence magazines, such as Air Forces Monthly, International Air Power Review, Combat Aircraft and Military Technology. He also has considerable html experience and has set up several websites.

Kim Helfrich has been actively involved in defence and military reporting for more than 17 years, starting as a specialist defence reporter for the Pretoria News in the mid-1990s. He also covered the defence beat for The Citizen and The New Age prior to joining defenceWeb. His experience and knowledge has seen him address a number of SA National Defence Force training seminars on â€œThe Military and the Mediaâ€. He was presented with the Chief of the SA Navyâ€™s Commendation for his reporting on naval affairs. Environmental reporting is his other specialist area and he is a merit award winner in the annual Environmental Reporting Awards sponsored by SABMiller.

Other items listed by Africa ads