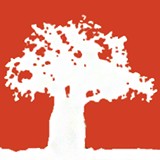 AFRITAC west 2: Our mission is to help member countries strengthen their human and institutional capacity to design and implement macroeconomic and financial policies that promote growth and reduce poverty.

AFRITAC West 2 provides technical assistance and training to government institutions in member countries in the following core areas of expertise:

This is part of IMF’s commitment to extend the AFRITAC network to serve all sub-Saharan African countriesâ€”a commitment made in 2002 with the IMF Capacity Building Initiative for Africa.

The initiative seeks to strengthen the capacity of African governments and institutions to design and implement sound macroeconomic policies consistent with their poverty-reducing strategies.

Like its sister offices, AFRITAC West 2 will provide capacity-building assistance through a team of international resident experts, supplemented by short-term specialists, who will deliver assistance in the IMF’s core areas of expertise.

The center is led by a coordinator and is guided by a steering committee, whose members represent the beneficiary countries, donors and the IMF.
Speaking at the event, IMF’s Africa Department Director, Antoinette Sayeh said the opening of the Africa Regional Technical Assistance Center is an important day for capacity building in Africa.

According to her, IMF opened the office with the vision of providing all countries in sub-Saharan Africa access to an IMF regional technical assistance center.

Antoinette Sayeh noted that the vision was a response to African heads of state, who realized the continent needed centers of capacity-building excellence in the face of mounting challenges.

Capacity-building assistance was critical for African countries to develop the strong institutions needed for implementing the macroeconomic policies conducive to sustained developmentâ€, she noted.

She therefore recognized the contributions to AFRITAC West 2, Ghana; the host country with donors including Australia, Canada, China, the European Union, Switzerland, the African Development Bank and the European Investment Bank as well as the IMF.

Ms. Sayeh noted, however, that member countries other than Ghana were also expected to financially contribute to the center and was hopeful that their contributions would be forthcoming as they learn more about the benefits of the center.

Other items listed by Ads Africa